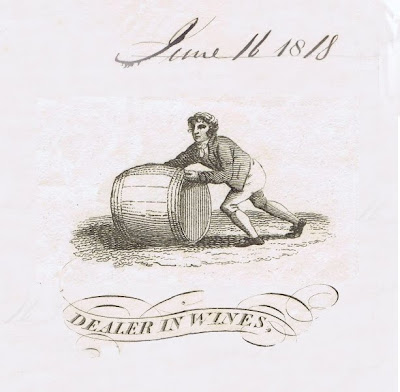 Twelve years ago, we gathered in the field of a former dairy farm, high above Cayuga’s waters, in the Finger Lakes region of Upstate New York. We were: a viticulturalist, an interior designer, a professor, two IT professionals, and me, the great-granddaughter of a pioneering American grape-grower*. Each of us planted a grapevine in honor of the inauguration of our new winery/vineyard venture, Sheldrake Point Vineyard, while an Abenaki Native American blessed the sight. 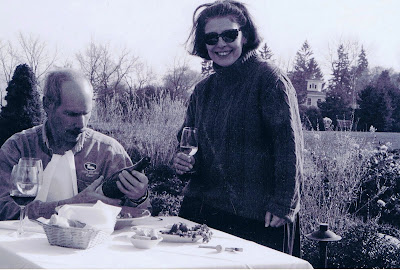 Here I am with our Winery Manager

Partners have come and gone, but our vision has remained the same, to respect and integrate the uniqueness of the Finger Lakes region, pursue the best sustainable viticultural practices, make the highest quality wine that the grapes and weather will permit, and offer our visitors a memorable experience.

None of us could have dreamed of the day when Sheldrake would be named one of the "Top-100 Wineries in the World" by Wine & Spirits magazine. 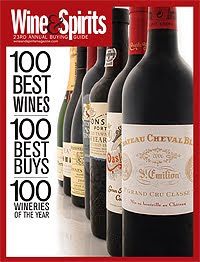 On October 14, 2009, three of us (my husband and I, and Bob, the Winery’s general manager) presented our wines at the Magazine's gala tasting event, amidst the splendor of the Galleria at the San Francisco Design Center. 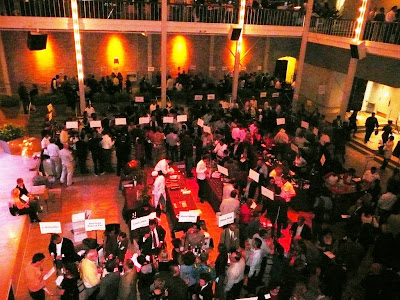 There we were, standing shoulder to shoulder with the most iconic wine brands from around the world.

The Finger Lakes is known for its Riesling, and we showcased our best: a 2007 Dry Riesling and a 2007 Riesling Ice Wine. The ice wine is made according to Canadian standards, for example, the berries are harvested when it is below 15 degrees F. This wine has won many awards, including the "Best Riesling in North America" at the Hyatt International Riesling Chalenge, and has also been served at the White House. 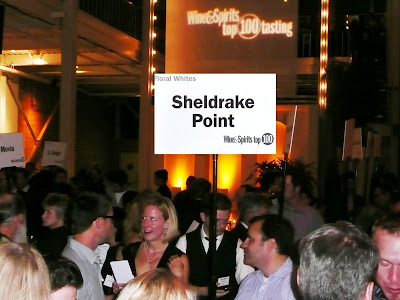 Aside from receiving the “Top-100” honor, many other things stand out about the evening:

Wish you had been there!

*Wine and grapes are in my blood. My great-grandfather, Theodore Sedgwick Hubbard (1843-1906), established his nursery; T.S. Hubbard Co., in Fredonia, NY in 1866. Considered a leading authority on grapes in the world, at one time he propagated over a 100 different native grape vines, and sold rootstock all over the US and abroad. His grapes won awards at the Louisiana Purchase Exhibition, 1904, and in 1915 the received the Wilder Award from the American Pomological Society. Last summer, I walked the NY Ag Station experimental vineyard in Geneva, NY with a scientist who showed me a big purple, blue grape - named after my grandfather, the Hubbard grape. How proud I was!

Posted by Chemin des Muguets at 8:38 AM