Back in the Hammock Again! 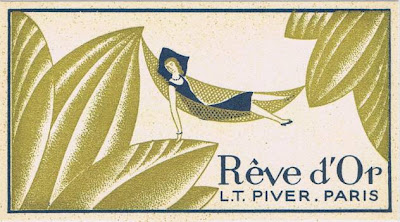 Not quite a lady of leisure! But settling in nicely with mother and cat at the lake.

A Gift from the Finger Lakes 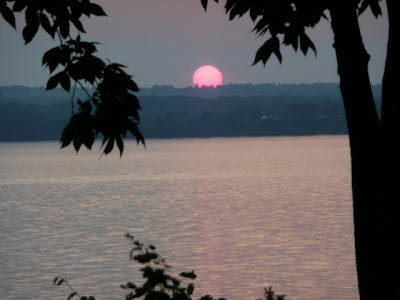 Posted by Chemin des Muguets at 5:39 AM 3 comments:

Sweet Pea - The Return of the Native 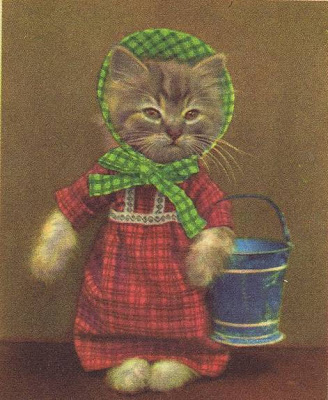 Some of you may remember last summer when a scrawny little stray cat came calling at the cottage screen door. No one I asked knew its story, except that according to local legend, it had spent two winters alone in the old garage. We gladly offered our hearts and home to this little waif. Thinking it was a girl kitty, we named it "Sweet Pea". But this little cat was full of surprises. She was a he! 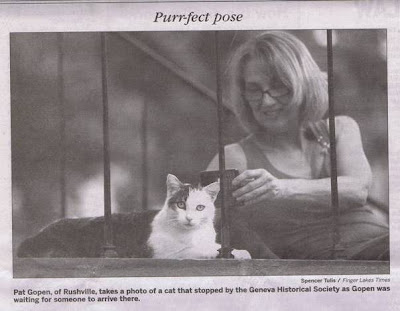 Come Fall, "Pea" went to board in town with my friend Sandy on Main Street. Right next door is The Historical Society, and both staff and visitors to the Museum were quite taken with the cat, (who never missed a chance for a pat or photo-op). But not so taken with him were my friend's other feline pet, or the neighborhood townie cats, who bloodied and bullied poor "Tux", (as he was now called). 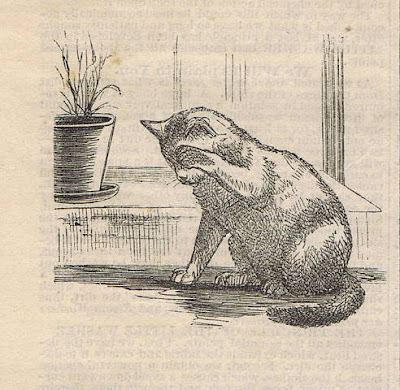 A telephone call from Sandy suggested that it would be best for all if the cat returned to the safety of its summer lakeside retreat. So great - he's back! Not so great, the worry of finding him more permanent digs.

Yet, we were in for one other surprise. When I encountered a neighbor from way down the beach road, I asked her if she would like to have a cat. As I began my sweet cat sales pitch, she said "Why, that sounds like "Jacob", my neighbor's cat - but he disappeared last winter." 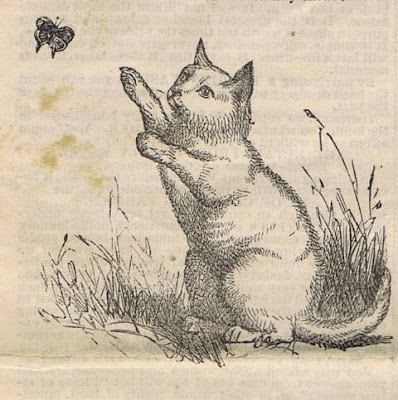 Looks like we're all home at last!
Marjorie
Posted by Chemin des Muguets at 10:48 AM 3 comments:

Diving into Summer at the Lake! 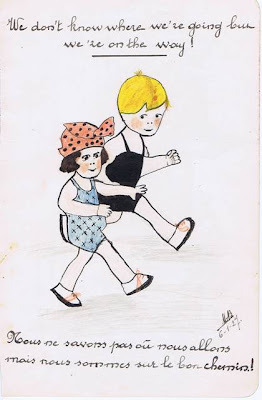 We've packed our bathing costumes, and headed East to the Scenic Finger Lakes Region of Upstate New York State, (where it ready feels like Summer!)

I am here for a few months, and will be reporting on some of the Region's shops, flea markets, antique shows, restaurants and wineries, as well as the return of a furry guest from last year's visit.

Everything is going swimmingly so far...except, that is, my antiquated computer dial-up connection. Got to love it!

Marjorie
Posted by Chemin des Muguets at 9:28 AM 4 comments: