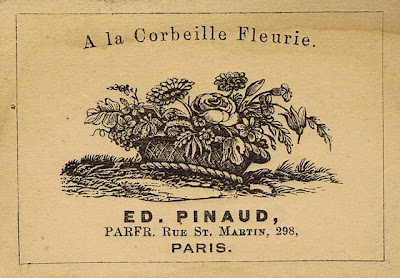 It has recently been announced that Laura Dowling, a floral designer from Alexandria, Virginia, is to be the new White House Head Florist. Of course, those of us who were fortunate enough to be at her September 29th seminar at Pierre Deux in Carmel, knew weeks before that she was a finalist. We were, however, under a gag order until it was made public. 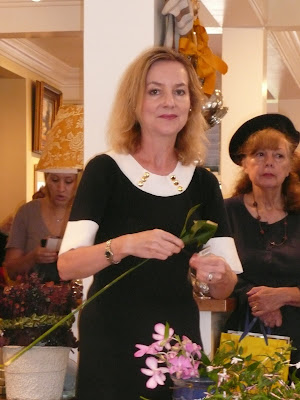 Our good mates Robert and Michelle were visiting from Australia, so we girls, and our official photographer, MQA, decided to attend the event.


It was standing room only, but those of us who arrived early got to sit right up front on some of the shop’s luxurious chairs.

Laura is absolutely charming, very accessible and passionate about her craft. She made her first trip to Paris ten years ago, and since then has studied under such floral masters as Christian Tortu and Catherine Muller. 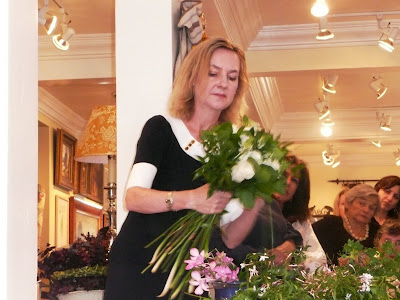 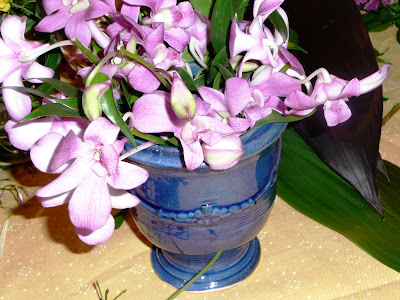 An arrangement in a miniature Anduze pot 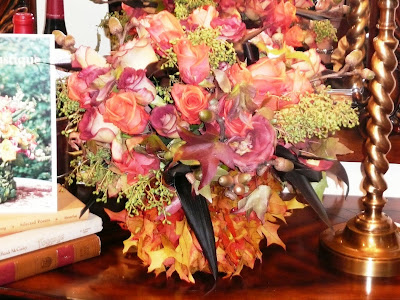 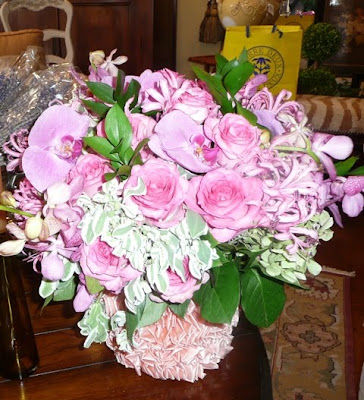 Some of her signature ribbon embellishments 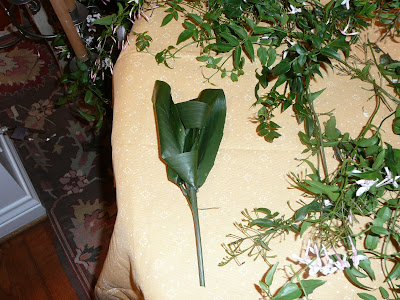 In closing, Laura said that a French style bouquet should look as if it comes straight from the garden or the meadow, using nature for inspiration, and mimicking how things grow.

Although, she announced that she was one of three being considered for the position at the White House, she asked me not to write anything on my blog yet. But I see I have already been scooped by many of the major networks!