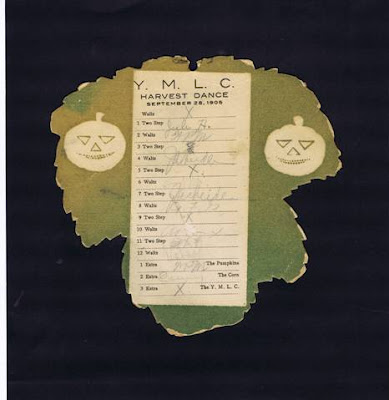 Fill your dance card, and Grab your partners for the traditional Waltz, Two Step, and the extra dances: The Pumpkin; The Corn and The Y.M.L.C.

And three days later, don't forget to come to the Y.M.L.C. hall for the Halloween Party and "The Ghost Walk"!

Dancing Under a Harvest Moon,
Marjorie 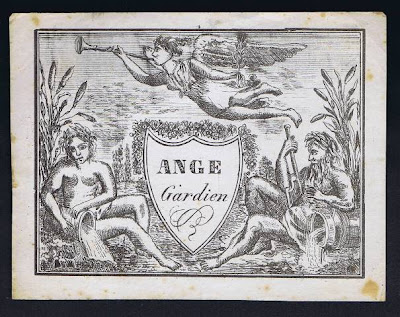 I believe in Guardian Angels.


This week I had my yearly mammogram. It reminded me of that time fifteen years ago, when a host of real-life Angels guided and protected me on my path, as I became a breast cancer pilgrim.


We had just moved back to the US, after years of living in Europe, and I had gone alone to get a mammogram. Right on the spot I was told that they had found a possible cancer.


The first Angel appeared the following day, my new ob/gyn. He viewed my mammogram, and while doing a physical exam, found another suspicious mass, (not the one on the films). Immediately, he arranged for me to go into Boston, to meet with a surgeon colleague of his. The surgeon reviewed the films, examined me, and declared that it was "Nothing!", and said to come back in six months.


Relieved, we drove back home, were just about to pop open the Champagne, and toast our good fortune, when the phone rang. It was Dr. #1, he was certain he had felt something, and he wanted me to have a biopsy of both places. The subsequent biopsies revealed that what the X-ray technician had found was not cancer, but what Dr.#1 had felt was. In addition, a follow-up test also found a tumour (not related to my breast cancer) in my lung. So Dr. #1 probably saved my life!


During the next months other Angels of comfort included: a new circle of friends and neighbors who drove me to every radiation treatment; Arlette in Belgium who lit a candle for me in the Leuven Cathedral; my daughter who flew across the country; my son who came from China: and my husband. Though he formerly fainted at the sight of blood, he bravely sat holding my hand through every chemo session, never failing to tell me how beautiful I was.


And then there was the Angel Raphael. After my lumpectomy, I had surgery to remove a lobe of my lung. Every day for a week, I was visited by Raphael, a kind and gentle hospital technician who would take my daily chest X-ray. (Ironically, I recently learned that in religious mythology the Angel Raphael represents "God's Healing Force"). One year later, I was back at the hospital for an appointment; and while walking the halls, I encountered Raphael. "Hi Raphael", I said. "Hi Marjorie", he said - followed by "I remember you in my prayers every night." Not only did he remember my name after all that time, but he contimed to pray for my health! 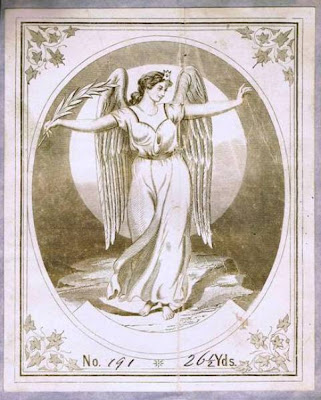 All this was fifteen years ago. My mammogram this week was fine, so I am still being carried on the wings of "Angels."


Counting my Blessings, and Praying for you too! Marjorie


P.S. I knew I was getting better when I wanted to get out and go antiquing!

Up bright and early ~

and off to the Remnants of the Past Antiques Show down the Coast in Nipomo, CA. 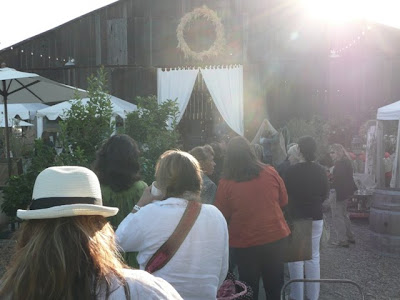 Have Cart will Shop! 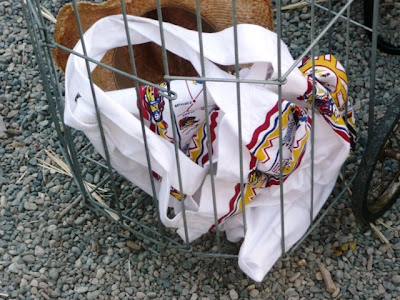 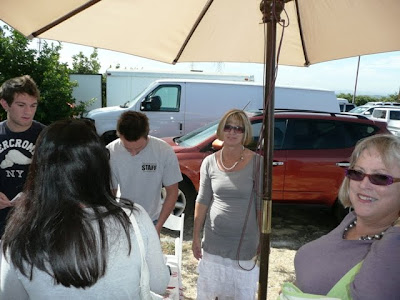 With a backdrop of mountains, amidst the scent of flowering citrus trees~ 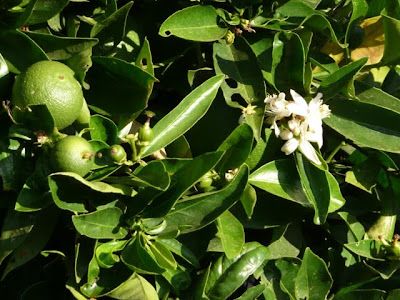 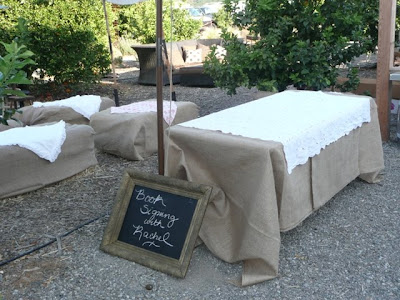 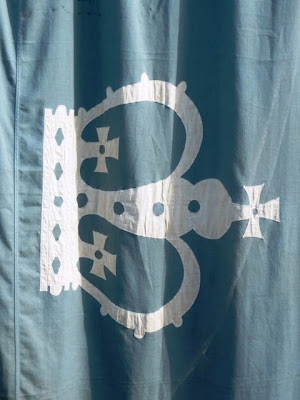 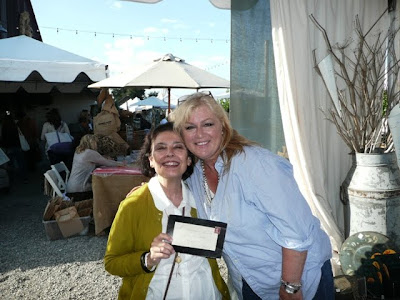 Rustic Chandelier in the Barn. 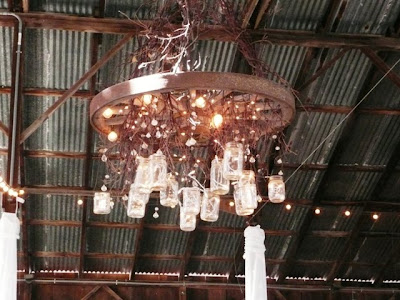 Emilie M. (blogger/artist) brought her wreaths of cut-outs from old paper which were featured on Martha's televsion show and magazine and in her calendar. 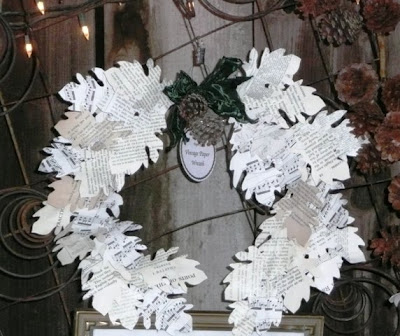 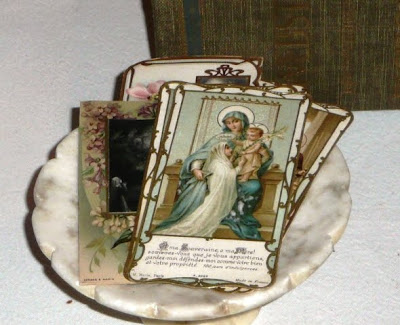 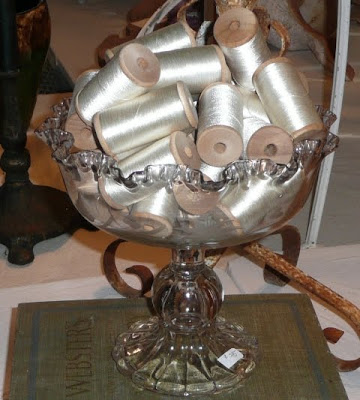 Buttons galore, as well as this collection of spools of silk thread. 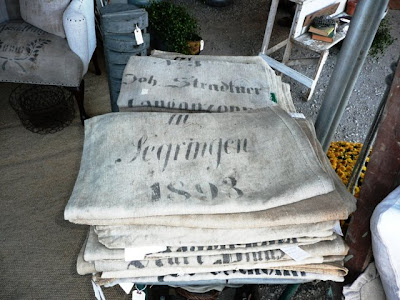 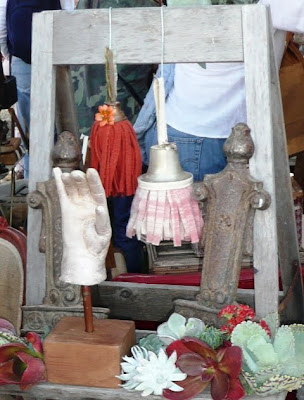 Au Revoir!
Back on the Antique Trail,