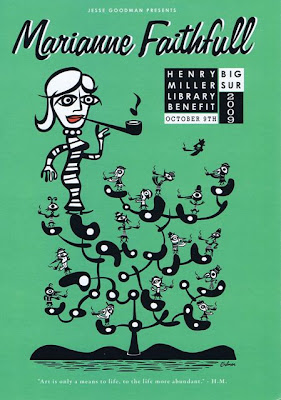 A siren’s sultry song brought us back to Big Sur, California for an encore visit. Legendary singer and enchantress, Marianne Faithfull, was going to perform at an outdoor benefit concert at the Henry Miller Library in Big Sur, and we had to be there.

Marianne Faithfull first became famous in the sixties at age 17, for her rendition of “As Tears Go By”, a song written by the Rolling Stones’ Mick Jagger and Keith Richards. She also gained some notoriety as Jagger’s girlfriend, and for her years of hard-living. 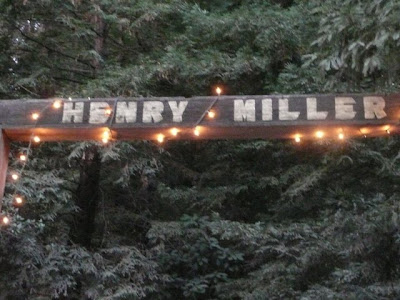 The Henry Miller Memorial Library was established in 1981, and is located on Highway 1 in Big Sur. The Library’s redwood cabin and grounds were the gift of the artist Emil White, Miller’s long-time friend and assistant. It houses a trove of Miller’s personal papers, a bookshop, and is also a cultural and educational center for the community.

Novelist Henry Miller is well known for his controversial books “Tropic of Cancer” and “Tropic of Capricorn”, but he also wrote “Big Sur and the Oranges of Hieronymus Bosch.” 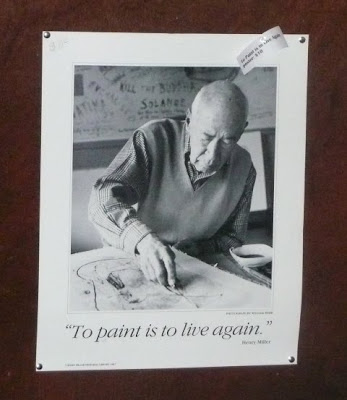 He was passionate about music, and wrote the following: “I prefer music above all arts, because it is so absolutely sufficient unto itself and because it tends toward silence.”

When planning concert events, the Library tries to select performers that “Henry would have approved of.” Past benefit concerts at the Library have featured the likes of Laurie Anderson, Philip Glass and Patti Smith. The posters from these concerts have become collectors’ items, and can still be purchased at the Library. 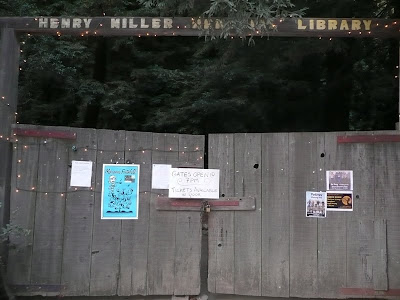 When the gates were finally flung open at 7:00 P.M, a small crowd of waiting fans streamed in. We followed strings of tiny fairy lights and candles, to the outdoor concert venue, which resembled a magical bohemian grove. With less than 200 seats, it was a very intimate setting. As part of the event, the Library also hosted an alfresco wine tasting on the deck. 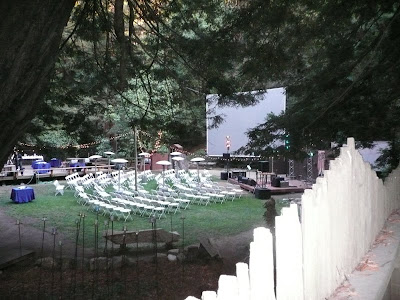 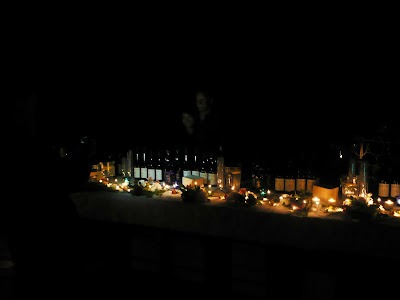 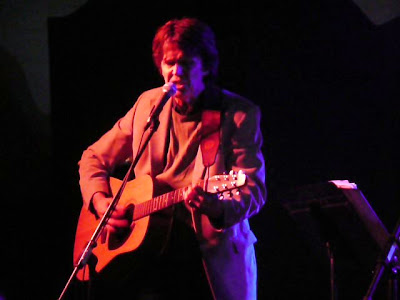 The tradition at these concerts is to begin with Magnus Toren, the Library’s director, singing a song by Dan Bern entitled, “Marilyn”. Many people confuse Henry Miller with Arthur Miller (the playwright who was married to Marilyn Monroe). The first line of this song explains that “Marilyn Monroe didn’t marry Henry Miller”.

Then it was time for Marianne. 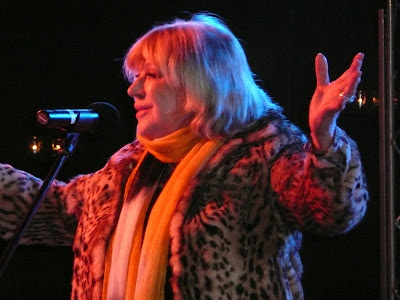 Her performance style is very cabaret-like, perhaps influenced by Kurt Weill whom she greatly admires. Her voice and presence are reflective of a woman who has been there, done that and survived. Accompanied by an amazing guitarist, Doug Pettibone, her songs at times seemed autobiographical. She sang “Broken English” (inspired by Ulrike Meinhof), “Why’d Ya Do It?” with a raunchy reggae beat (lyrics by English poet Heathcote Williams), “Strange Weather”, “The Crane Wife 3”, and Merle Haggard’s “Sing Me Back Home”. When she finally performed “As Tears Go By”, the entire audience sang along. 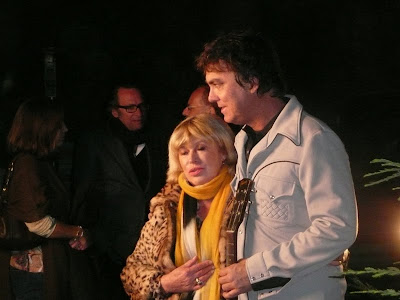 Afterwards, Ms. Faithfull sat outside in the cold and graciously autographed my poster (which now hangs in our hall). Later, everyone, including Marianne, headed down the road to the Big Sur Bakery for the after-party.

Here are a few interesting things that you might not know about Marianne.

This former rock princess is actually royalty. She is descended from the Austro-Hungarian Hapsburg line, and has just inherited the title of Baroness Sacher-Masoch. 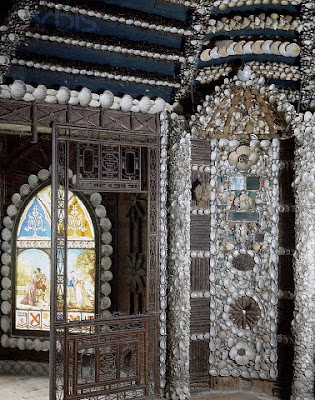 Befitting her royal status she once lived near Leixlip Castle in Shell Cottage on the grounds of Carton House, in Maynooth, County Kildare, Ireland. The cottage was decorated inside and out by Lady Emily Fitzgerald (1731-1814), with shells from around the world. Marianne resided there for 10 years, but now lives mainly in Paris.

In 2006 she was diagnosed with breast cancer. She is truly a survivor!

The poet, Allan Ginsburg, an old friend, once referred to her as the “Professor of Poetics, Jack Kerouac School of Disembodied Poets”.

How Henry would have enjoyed this evening!