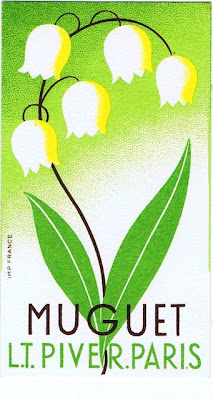 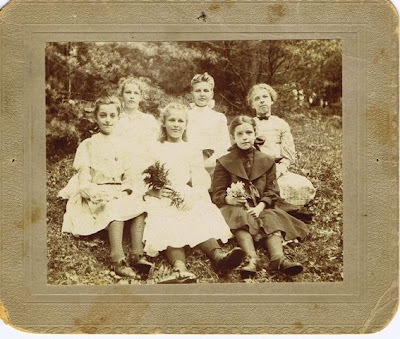 Children take to the woods to gather small sprigs, or ‘brins’ of these flowers and to exchange these as tokens of friendship and good luck. For it is said that these flowers not only signify the arrival of spring, but “Porte Bonheur” – bring good luck! 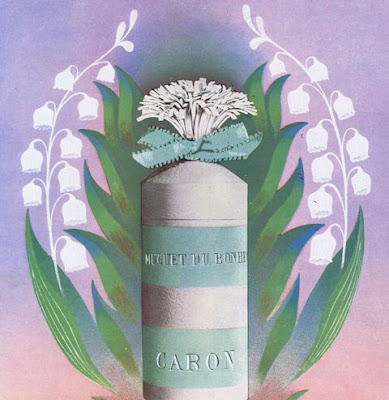 The delicate green floral notes of these woodland flowers have long been appreciated by the perfume industry. Coty’s Muguet des Bois was first launched in 1941. Then there is Caron’s Muguet Du Bonheur, and Molinard has a Lily of the Valley scent in its Les Fleurs de Provence range. In 2009 Guerlain introduced Muguet, with the intent of releasing an annual Muguet perfume each April 30th. (Sadly there will be no release this year.) The daughter of Annick Goutal, Camille, created a limited edition called Le Muguet. This was the first time Camille had produced a fragrance without the assistance of her late mother. Van Cleef and Arpels has Muguet Blanc. Others with Lily of the Valley inspired scents include Crabtree and Evelyn, L’Erbolario, Taylor of London, Penhaglion and Floris. Woods of Windsor claim that the recipe for their fragrance comes from 18th century recipe books found in their attic. 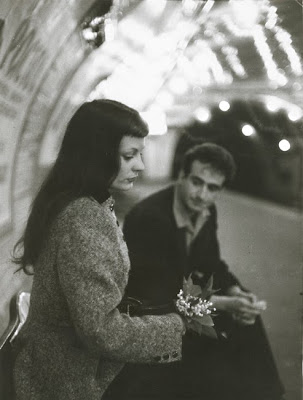 "Le Muguet du Métro" by Robert Doisneau
(Photograph, Collection the Auckland Museum)
I associate the scent of Muguet, with the childhood memory of my mother wearing Yardley of London’s Lily of the Valley toilet water. Ironically, my first overseas home was located on Chemin des Muguets (Way of the Lily of the Valley) in Genève, Switzerland. Hence the inspiration for the name of my blog.

P.S. This posting is dedicated to my sweet perfumer friend, Ashley ~ the only nose I 'noz.'
Posted by Chemin des Muguets at 1:17 PM